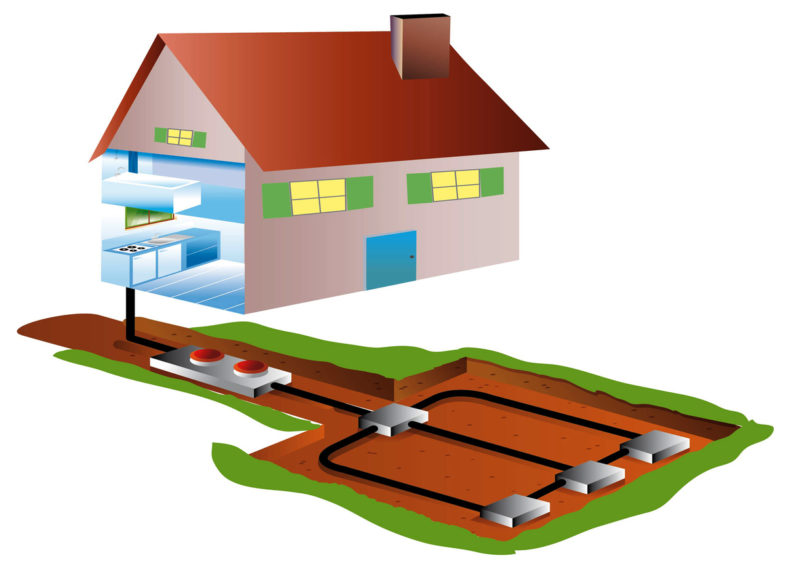 The Science Behind Geothermal HVAC in Chesapeake, VA

Geothermal energy is an excellent choice for both heating and cooling your home in Chesapeake, VA. This heat source relies on the constant temperature below the surface of the earth to bring your home to a comfortable temperature. The science behind geothermal heating is easy to understand, and now, as temperatures start to drop, is an ideal time to learn what it can do for you.

As the sun warms the earth, the soil traps much of its heat and stores it as available energy. Geothermal heating and cooling systems take advantage of this constant temperature to provide an efficient source of heating in winter and cooling in summer. Several types of geothermal systems exist, and they all rely on a series of loops underground or in a nearby water source to act as heat exchangers.

How Does Geothermal Energy Work?

The system works on the principle that 10 feet below the surface of the earth, the ground maintains a steady temperature of about 55-57° Fahrenheit. This is a result of several processes that include absorbing energy from the sun and the internal heating processes of the Earth’s core.

A system of pipes travels through this area of constant temperature. If it’s cold outside, fluid pumped through a closed loop of piping into the earth warms up, so the system can send heat from the ground to the house. If it’s hot outside, the process reverses, moving heat from the house into the ground.

Does a Geothermal System Use Electricity?

Many people are under the impression that geothermal heat needs no electricity at all, but this is not the case. The system still needs electricity to operate the circulating pump or fans in a forced-air system.

Even though it does require some electricity, it needs much less than a traditional heating system. This is because it does not have to make up for such wide differences between the temperature of the fluid returning from the earth and the desired indoor temperature.

How Does the System Capture Heat?

A series of pipes runs through the flooring and the ground outside the house using configurations in both vertical and horizontal layouts. The pipes are between 100 and 500 feet long and filled with a water and antifreeze solution. A pumping system circulates the water, which picks up heat from the earth and moves it through the house by means of a heat pump, ductwork or a system of pipes in the floors.

Can You Install Geothermal HVAC Anywhere?

The first step in the installation is digging into the soil to install the pipes, which is the most costly and time-consuming step in the process. To install a geothermal system, you must have enough land and live in an area where local authorities allow this type of heat source. It can be more challenging and expensive to install pipes in existing and older homes than to include them in new construction.

How Much Does It Cost?

Geothermal can be expensive initially, as it involves drilling and installing the pipes, both of which are labor-intensive processes. Once the system is working, it can deliver significant savings over time because electricity costs are minimal. Geothermal heating can save you as much as 30% to 60% of the cost of a conventional heating system annually, so you start enjoying the savings within the first year the system is operating.

Good for the Environment

Geothermal HVAC is good for the environment because it relies on energy within the earth that is already available, similar to the way that solar and wind take advantage of energy sources that are in abundance in the natural world. A geothermal system does not depend on fuel oil and produces fewer emissions than traditional furnaces, which is good news for your health, too. This is one of the reasons why many people choose a geothermal system over a traditional one.

Geothermal heat is a smart choice for homeowners in Chesapeake, VA. Our team can install geothermal systems and perform many other types of services for your HVAC system. Call Climatemakers for your heating installation and repair needs. 5 Reasons to Consider Upgrading to a Ductless AC in Portmouth, VA

As we approach the warm months of summer, you may find yourself debating whether to upgrade the air conditioning in your home. If you're considering a ductless AC system in Portsmouth, VA, there are many reasons to choose this type over a traditional system. 1.... There are many types of water heating systems, but they all tend to develop the same defects. Here are three of the most common water heater problems you may encounter in Virginia Beach, VA. 1. You Spot Leaks Around the Water Heater If you spot water leaks around your... 3 Signs You Should Replace Your Heat Pump Today in Virginia Beach, VA

Before you run your heat pump for another summer in Virginia Beach, VA, you want to know if it can handle the workload. Perhaps it's nearing the end of its lifespan, which can be anywhere from 15 to 20 years depending on how well you've cared for it. Besides old age,...

PRECISE SIZING ON ALL NEW INSTALLATIONS

A+ ACCREDITATION BY THE BBB